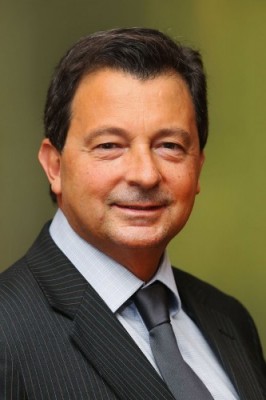 Mr David Peever has been appointed the new Chairman of the Board of Brisbane Airport Corporation Pty Limited (BAC). Mr Peever replaces Bill Grant, who announced his retirement from the Board earlier this year.

Mr Peever is a former Managing Director of Rio Tinto Australia and currently serves as Chairman of Cricket Australia and Director of the Foreign Investment Review Board, the Australian Foundation Investment Company and the Stars Foundation. He chaired the Minister of Defence’s First Principles Review of Defence and following the acceptance of the review by Government now chairs the Oversight Board which helps guide implementation of the Review’s recommendations.

Mr John Ward, Acting Chair, said the Board welcomed Mr Peever’s appointment and looked forward to working with him in the coming years.

“We want also to pay tribute to the dedication of Bill Grant who served the Board and the company for almost 10 years. Bill has led the Board through significant growth and investment at BAC and his contribution has been tremendous,” he said.

“Mr Peever brings extensive corporate and international experience to this role at a time when the company is well established on a large capital investment program and a growth strategy focussed on major international markets.

“BAC will continue to remain a vital driver of the Brisbane and Queensland tourism and investment economy. At the same time we remain focussed on ensuring the safety and security of our operations and committed to making a positive contribution to the cultural and community life of our city and State,” Mr Ward said.

In recent years BAC has embarked on its largest investment program in the company’s 20 year history. At close to $4 billion over a decade this represents the biggest investment of private capital in nationally important infrastructure in Australia’s aviation history. This investment, in projects including the new runway, and terminal upgrades, will deliver even better facilities for airlines and passengers.

Consistently recognised as the country’s leading airport, BNE was voted ‘Best Airport’ and ‘Best Airport Staff’ in the Australia/Pacific region in the 2017 Skytrax World Airport Awards.