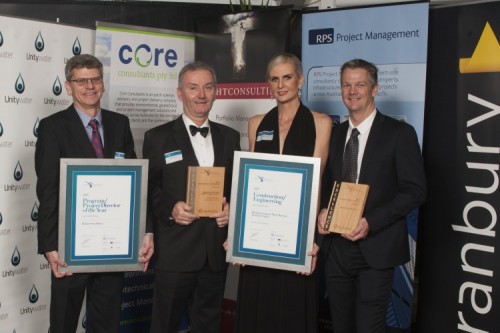 The awards were presented in front of 200 project management professionals from organisations across Australia.

David Gunning, BAC Airport Construction Manager, said, “The runway award is recognition of the great work from all the various BAC teams who made the project the success it was.

“Rob’s award is a magnificent personal achievement and a recognition of his skill being applied here at BAC,” he said.

Both award winners now go forward to the national awards, to be held in Melbourne in October.

It’s the third year in a row that BAC has been recognised at the AIPM Awards: