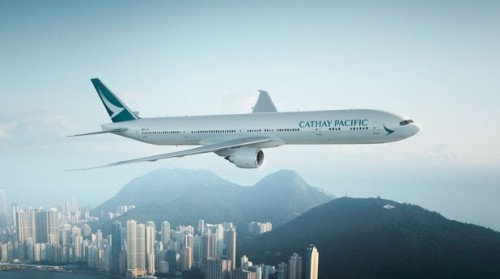 In response to the growing demand for business and leisure travel to Queensland, Cathay Pacific has announced it is enhancing its customer offering to the state through increased capacity and more non-stop services over next summer.

During the peak period from late October to March, the airline will replace its current four times weekly one-stop service to Brisbane via Cairns with direct flights to both cities. The switch means that Queensland’s capital will receive 11 non-stop flights from Hong Kong each week, while Cairns will be served non-stop three times a week.

According to Nelson Chin, General Manager Southwest Pacific, Cathay Pacific, the direct services will depart at new times to provide even better connections for passengers travelling on the flights that previously made one stop before in each direction.

“For example CX146 which used to depart from Cairns at 2.55pm and arrive into Hong Kong at 8.10pm will depart at 8.05am and arrive at 1.20pm, enabling greater connections to London (under 22hrs), New York and Shanghai,” he said.

Julieanne Alroe, Brisbane Airport Corporation CEO and Managing Director, said, “This is wonderful news for Queensland. These additional services into Brisbane Airport will drive tourism throughout the state and will offer locals even more options for their business and holiday travel plans. Brisbane Airport Corporation works closely with its airline partners to increase services into Queensland and to drive economic growth throughout the state. We look forward to the continuance of our strong relationship with Cathay Pacific.”

In addition to the new non-stop flights which will be serviced by A330’s, Brisbane’s existing daily flight will be served by the A350 from 26 March 2017.