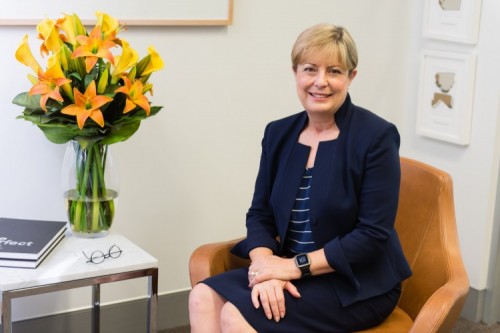 “When Julieanne finishes with BAC next year she will leave a company, and an airport, that is all the better for her exceptional leadership,” Mr Peever said.

“Julieanne’s stewardship has seen the company recognised as amongst the most successful, engaged and innovative companies in the country, and she has guided the airport to where it is today, recognised globally as the best airport in the Australia/Pacific region.

“Brisbane’s new runway, now under construction and the largest aviation project in the country, is a testament to her vision, tenacity and business acumen. Julieanne’s leadership in getting this project ‘off the ground’ ensured Brisbane, Queensland and Australia will reap the benefits of this $1.3 billion private investment for decades to come.”

Mr Peever said Ms Alroe’s time at BAC was also marked by a new era of engagement by the company in the broader life of the city and state.

“BAC’s partnerships, across the arts, the tourism industry, economic development and infrastructure were driven by Julieanne’s belief that the company had a responsibility to play a larger role outside its boundaries,” he said.

“Most importantly of all, BAC has become a better neighbour to the many people who live in the city and its community engagement and philanthropic endeavours set a standard for airports nationwide.”

Mr Peever said recruitment was currently underway for a replacement for Ms Alroe.