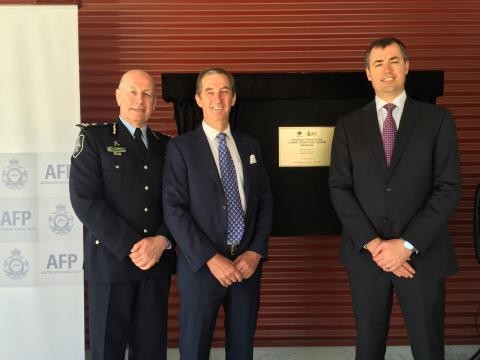 The centre is used to train police dogs on the detection of firearms, explosives, drugs and currency.

BNE Property developed the purpose-built facility for the AFP which includes kennels, day runs, a vet treatment room and an obstacle course.

It is part of the AFP's National Canine Program which provides screening across terminals, baggage, aircraft, vehicles and freight.