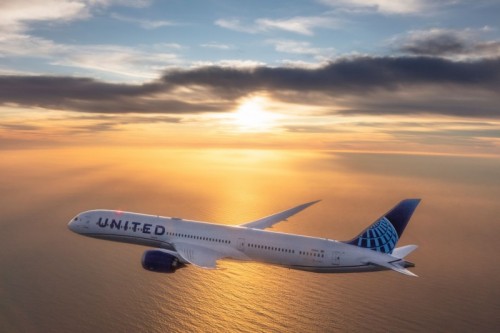 A partnership between the Queensland Government and Brisbane Airport Corporation (BAC) has landed its first target, securing new direct flights between San Francisco and Brisbane via the $200 million Attracting Aviation Investment Fund.

Brisbane Airport Corporation CEO Gert-Jan de Graaff said the deal is a gamechanger for the tourism industry, having the potential to add around 80,000 additional seats annually in and out of Queensland.

“Brisbane Airport is the gateway to Australia, offering 24/7 operations and direct connections to 53 domestic destinations, more than any other airport in the country.

“As Brisbane Airport welcomes more than 75% of all international arrivals into Queensland, securing United is good news for tourism and hospitality businesses from Coolangatta to the Cape.

“These new services bring welcome news for jobs and the economy, and offer Queenslanders a direct connection to Silicon Valley and beyond” he said.

“Queensland exporters will also welcome the significant additional cargo capacity that comes with increasing the number of international flights to our state.”

“Rebuilding Queensland’s tourism industry is a priority for our government,” the Premier said.

“We’re aggressively pursuing new direct flights to our key tourism destinations to drive visitation and support local jobs. That’s what our Attracting Aviation Investment Fund is designed to do.”

The Premier said the deal with United Airlines was a great coup for Queensland.

“United has never flown direct to Queensland. The airline has more than 100 million loyalty members and is the largest and longest-serving US carrier in the Australian market,” the Premier said.

“This airline route is also of strategic importance for Queensland when it comes to growing our share of the international tourism market.

“San Francisco is a major hub for United with direct connectivity to 80 North American cities.

“By securing these flights, Queensland becomes an easy choice for thousands of visitors throughout the US.”

Patrick Quayle, senior vice president of international network and alliances at United said “with this new service, United will be the first U.S. airline to add a new transpacific destination to its global network since the start of the pandemic.

“From Brisbane, United customers will be able to easily connect to nearly 20 other cities within Australia thanks to the airline’s new partnership with Virgin Australia.

“United was the only carrier to maintain passenger service between Australia and the U.S. during the pandemic.”

“With United’s strong history in Australia – and now with a great partner in Virgin Australia – it’s the ideal time for United to expand service to Brisbane as demand for travel continues to grow.”

“Throughout the pandemic, we’ve looked for strategic ways to grow our international network, and we’re proud to be the first U.S. airline to put a new dot on our route map across the Pacific.”

Flight's from San Francisco to Brisbane are planned to commence on 28 October 2022, three times a week.