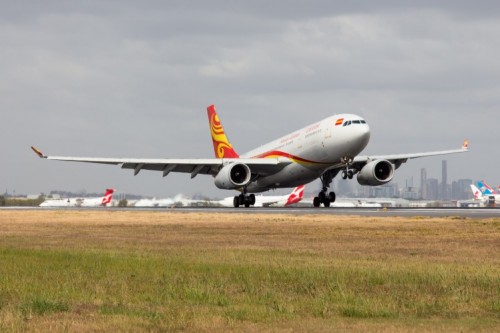 Hainan Airlines of China has announced the commencement of direct flights between Shenzhen and Brisbane with the first flight arriving 21 September this year.

The flights will operate two times per week arriving on Thursdays and Mondays using an Airbus A330 aircraft.

Julieanne Alroe Brisbane Airport Corporation (BAC) CEO and Managing Director, said, “BAC welcomes Hainan to Brisbane and we look forward to partnering with them to make the route a success, further strengthening the ties between China and Queensland”.

Shenzhen has had a Sister City relationship with Brisbane since 1992, making it Brisbane’s longest held Sister City. It is the major city of the Pearl River Delta manufacturing area and home to 12 million residents, located on the China – Hong Kong border, a convenient 90 minute drive to/from Hong Kong.

For Brisbane Airport, Shenzhen will be its 80th destination and Hainan Airlines its 31st airline.

Passengers will be able to connect all across China with Hainan Airlines’ extensive network from Shenzhen.