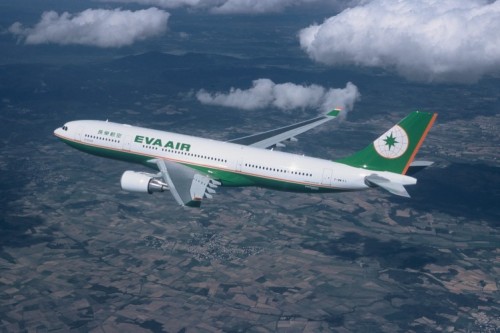 EVA Air is set to more than double its flights between Brisbane and Taiwan with the launch of five times weekly year round service from October 2016.

The airline will also change its scheduled departure time from Brisbane to enable short and simple transfers across its global network from their home hub of Taipei’s Taoyuan Airport.

The new flights, to depart BNE on Tuesdays, Fridays and Sundays, will deliver around 22,800 extra Taiwanese visitors per year to Queensland from what is already one of the state’s fastest growing and highest spending markets.

In 2015, Taiwanese passenger numbers through BNE jumped by 17 per cent to just under 82,000 for the year, pumping millions into the state’s economy.

Julieanne Alroe, Brisbane Airport Corporation CEO and Managing Director, said, “EVA Air has been a quality and loyal customer of Brisbane Airport for well over two decades now. It is wonderful to have them raise their Brisbane schedule up to such a level. This will surely see their patronage, especially from the all-important corporate market, grow in leaps and bounds.

“Brisbane Airport is EVA Air’s only port in Australia and we’re pleased that our extensive network offers EVA Air passengers the perfect gateway to 42 destinations across Australia.

“EVA Air has always been one of BNE’s best cargo handling airlines. This extra flight capacity comes with a boost to cargo capabilities for Queensland exporters to extend the reach of our goods around the globe,” Ms Alroe said.

Tourism Minister Kate Jones said, “Taiwan is both an important inbound market and an important connecting hub for Queensland.

“Brisbane is EVA Air’s only Australian port, ensuring the state remains a destination of choice for visitors from Taiwan and important markets served by its carriers such as Japan, Korea and North America,” she said.

From Wednesday 5 October 2016, EVA Air services to Brisbane will arrive at 9:50am and depart at 11:45am on Tuesday, Wednesday, Friday, Saturday and Sunday.

EVA Air has operated to Brisbane for 23 years and was last year named in the world’s Top three Safest Airlines, alongside Qantas and Cathay Pacific.

EVA Air operates a 252 seat Airbus A330 aircraft and is a member of the Star Alliance of carriers.