Emirates to launch third daily flight between Brisbane and Dubai

Emirates to launch third daily flight between Brisbane and Dubai 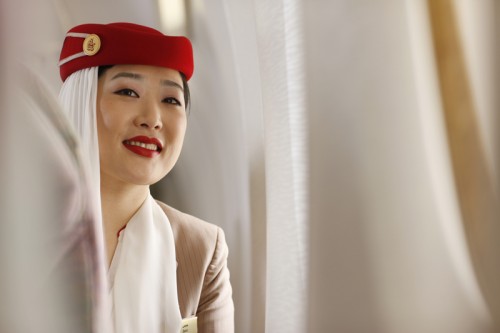 Brisbane Airport Corporation (BAC) has welcomed the announcement by Emirates that it will add a third daily return flight between Dubai and Brisbane from 1 December 2017.

The direct service, to be operated on a B777-200LR aircraft with eight seats in First Class, 42 in Business Class and 216 in Economy Class, will increase capacity on the route by 3,724 seats a week, inbound and outbound between Brisbane and Emirates’ hub Dubai.

This will provide Australian passengers a seamless connection to Emirates’ global route network including destinations in Croatia, the United Kingdom and the United States.

For inbound passengers, Emirates’ partnership with Qantas gives travellers the option of connecting to all regional and major cities in Australia, including the popular Queensland regions of Tropical North Queensland, the Whitsundays and the iconic Great Barrier Reef, further underpinning Brisbane as the most connected airport in Australia.

Julieanne Alroe Brisbane Airport Corporation (BAC) CEO and Managing Director welcomed Emirates’ decision to increase flights into Brisbane, applauding the airline for its ongoing commitment to the people of Queensland.

“More and more international travellers are choosing Brisbane as their main port of entry into Australia and Emirates’ third daily flight will certainly help meet the increased demand created by this influx.

“Importantly, three times daily direct flights will help further stimulate international travel between Queensland and Dubai Airport, a global hub which holds the title of being the busiest airport in the world, welcoming more than 83 million passengers last year.

“Indeed every new international flight into Brisbane injects millions of dollars into our economy and it’s not just South East Queensland that benefits as visitors often connect onto other popular intra and interstate destinations, as well as visiting local hot spots like the Gold and Sunshine Coasts,” Ms Alroe said.

“I’d like to congratulate and thank the Emirates team for its ongoing and significant commitment to Brisbane and Queensland,” Ms Alroe added.