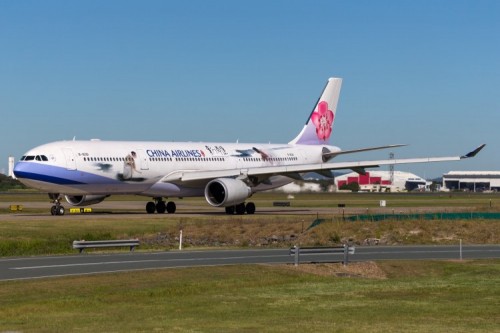 China Airlines, the national carrier of Taiwan, has today announced it will grow its Taipei-Brisbane and Brisbane-Auckland services to a daily schedule from December 2017.

China Airlines has flown to Brisbane Airport (BNE) since 2003 from its home hub of Taipei, and currently flies four times weekly between Brisbane and Taiwan, including across to Auckland.

“The Taiwanese visitor market to Brisbane has grown consistently in the last few years with passenger numbers jumping by more than 10,000 new traveller every year since 2013 to just under 100,000 (inbound and outbound) in 2016.

“China Air’s new seven days a week schedule with an evening departure from Taipei is also attractive to Australian business travellers looking for options to conduct their work in Asia and return home on a convenient overnight flight.

“The relationship between Queensland and Taiwan continues to strengthen with more and more people travelling between the two states for business and pleasure and we are pleased to be able to provide a direct daily connection from November.

“The new schedule is perfect for travellers looking to fly conveniently up to Asia, over to Europe or across to North America.

“China Airlines also connects with 12 points in Japan, delivering travellers from Queensland right to the doorstep of the ski-fields in full service comfort with baggage and meals all included.

“Our evening departure from Brisbane to Taipei means travellers can relax overnight and make easy onwards connections the next morning,” Mr Chang said.

Of course, there is plenty to see and do in Taiwan, if you have time to stay. From vibrant night markets or world class museums through to famous mountain and nature walks, beaches, diving and our ancient indigenous culture, Taiwan has some of Asia’s best shopping, best Chinese food and Taipei-Taoyuan Airport is an easy and fun transit hub to rival Hong Kong or Singapore any day.

China Airlines operates a modern Airbus A330 aircraft to Brisbane with the flight continuing over to Auckland each day.