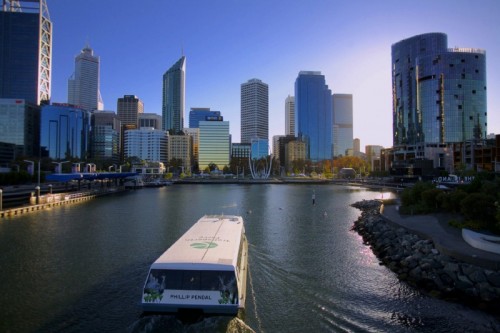 Jetstar made the announcement today, as the low fares carrier continues to expand its domestic network in response to strong demand.

Jetstar will offer five return flights per week with an Airbus A320, increasing to daily flights in peak periods, providing more than 100,000 seats between the two cities per annum.

“Today’s announcement is wonderful news for travellers who will now have more options to travel between Brisbane and Perth.”

“We applaud Jetstar Group’s commitment to bolstering its network from Brisbane and look forward to working with them to continue this growth, which has already seen Jetstar grow its Brisbane based fleet in 2021.”

Jetstar Group CEO Gareth Evans said this is the seventh new route that Jetstar has announced in the past 12 months, as demand for low fares domestic travel continues to grow.

“We’re excited to help make travel between the east and west coasts even more accessible by introducing our low fares between Perth and Brisbane.

“We expect these flights to be really popular with holiday makers, with Brisbane and Perth being gateways to some of Australia’s most beautiful coastlines and unique attractions, such as sand tobogganing on Morton Island in the east and visiting the Quokkas on Rottnest Island in the west.

“This will be a great boost for tourism operators and businesses, and we thank the Queensland Government for their support in launching this new route.”

“Now is good time to start planning your next summer holiday in Brisbane with a great climate, bay islands, national parks and beautiful beaches all within easy reach of Queensland’s capital,” Mr Hinchliffe said.

“Brisbane the place to be for one of Australia’s favourite holiday destinations and it all begins with our world-famous Queensland hospitality.”