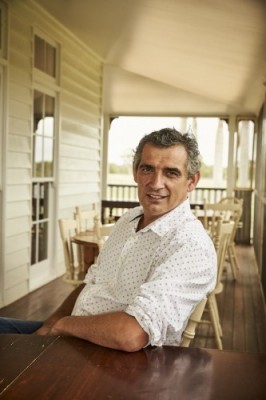 Seeds by Michelin-star chef Bruno Loubet, the first new F&B retailer to sign on as part of Brisbane Airport’s $40 million redevelopment of its Domestic Terminal, is set to open for trade late 2018.

Brisbane Airport will be the first airport in Australia to open Seeds which promises to deliver some of Bruno Loubet’s famous salad and dressing recipes which, up and till now, are only available in his high-end restaurants.

Andrew Brodie, Brisbane Airport Corporation (BAC) General Manager, Airline and Retail Management, said, “Consumers are much more conscious of their diet than they were a decade ago and they expect and deserve to have the best F&B offerings available to them at the airport.

“Not only does Seeds deliver an exciting menu that complements what is currently on offer in our Domestic Terminal, by using locally sourced produce the team at Seeds will literally be serving up the essence of Queensland with their colourful, nourishing and refreshing options,” Mr Brodie said.

John Chapman, CEO of Airport Retail Enterprises, said, “We are extremely excited to be continuing our partnership with BAC by bringing Seeds by Bruno Loubet to Brisbane Airport.

“BAC has always challenged its retailers as to their offerings and ARE will continue to put forward alternate style partnerships that will help redefine the food culture in Brisbane Airport,” Mr Chapman said.

Airport Retail Enterprises (ARE) is an Australian privately-owned company which has operated leading Food & Beverage outlets in Australian airports since 1971 and most recently in the United Kingdom.

Bruno Loubet is an extremely talented, award winning chef who was awarded the 1985 Young Chef of the Year award. He has worked in restaurants in the UK earning Michelin stars and Times Restaurant of the Year awards on numerous occasions. Now living in QLD and passionate on issues of sustainability, he is building a cooking school in the Gold Coast Hinterland.