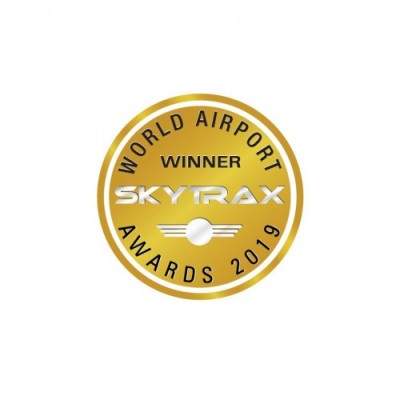 BNE also increased its position to 18th in the World’s Top 100 Airports list, up from 22 in 2018 and was the only Australian airport to make it into the top 20.

This is BNE’s third award in recent weeks after being recognised for its outstanding achievements in route development marketing at the Routes Asia 2019 Marketing Awards being named the Overall Winner, while also taking out the 20+ million passenger category.

Gert-Jan de Graaff, BAC Chief Executive Officer, said there was no greater accolade than being voted the best by global travellers in the world’s most prestigious industry awards.

“We are incredibly proud of this achievement as we’ve worked hard over the last few years to improve facilities, processes and the passenger experience at our terminals.

“In the last financial year alone, we invested more than $350 million across 297 projects including the International Terminal concourse and apron expansion, self-service and bag drop upgrades, and improving our Inter-terminal Transfer facility.

“We cannot achieve the result we have without the efforts of our airline partners, government agencies, retailers, contractors, and our wonderful volunteer Ambassadors. They are our partners in delivery and a huge part of our success”.

Mr de Graaff said the next couple of years will see Brisbane Airport further strengthen its position as the future gateway to Australia and one of the best airports in the world.

“While other major Australian airports are reaching ultimate capacity, when Brisbane’s new runway opens in 2020, Brisbane Airport will have the most capacity of any airport in the Southern hemisphere and the most efficient runway system in the country.

“The focus now is to ensure we have world-class infrastructure to support this capacity, and major projects like the $40 million Domestic Terminal Redevelopment go a long way in achieving this.”

In a further win for the Brisbane Airport precinct, the Pullman Brisbane Airport took out the title of Best Airport Hotel in Australia/Pacific, while ranking fifth in the world’s best hotel list.

The Pullman Brisbane Airport opened in October 2017 as a five-star luxury offering under the Accor brand.

Alex Penklis, Chief Operating Officer at Brisbane Airport Hotels Group (BAHG), said the award is testament to the dedication and determination shown by everyone involved with the hotel.

“I am incredibly proud of what we have been able to achieve in our first year of operation. Our success is a direct result of the hard work and dedication of our team in delivering a quality product and high level of customer service to our guest on a daily basis.”

The Skytrax World Airport Awards are the most prestigious accolades for the aviation industry, voted by customers in the largest, annual global airport customer satisfaction survey. The survey and awards process is independent and free of any airport influence or interference in final results. The Awards are based on 13.73 million airport survey questionnaires completed by more than 100 different nationalities of airline customers during the survey period. The survey operated from August 2018 to February 2019, covering 550 airports worldwide and evaluating traveller experiences across different airport service and product key performance indicators - from check-in, arrivals, transfers, shopping, security and immigration through to departure at the gate. The World Airport Awards are a global benchmark of airport excellence, and widely known as the Passengers Choice Awards.