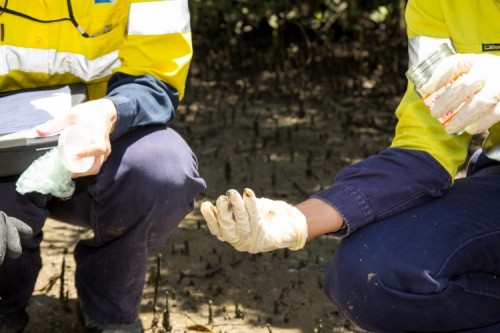 Brisbane Airport Corporation (BAC) is proud to release its first Sustainability Report demonstrating how the business addresses its responsibilities to customers, partners, shareholders and community in operating Brisbane Airport (BNE) in a sustainable manner without adverse environmental or community impacts.

“Instead our focus is on the responsible development of the airport in a way that meets the needs of present generations and is viewed with pride by future generations.

“Following the outcomes of the COP21 meeting in Paris on Climate Change in December 2015, we commenced developing our Climate Change Adaptation Plan with a focus on reducing energy consumption and carbon emissions.

“We take the risk and impacts of climate change seriously so implementing a long term strategy to reduce the inevitable impacts and to future proof the airport is of great importance,” Ms Alroe said.

In addition to the release of the report Brisbane Airport is currently Level 3 Optimisation under the Airport Carbon Accreditation program, as well as being the first airport to achieve the first ever Green Building Council of Australia (GBCA) Green Star – Communities rating.

Taking its sustainability promise to a global level, BAC also recently became a signatory to ‘The International Airports Sustainability Declaration’, which was signed during the 2016 Airports Going Green Conference held at Amsterdam Airport Schiphol last week.

The Airports Sustainability Declaration, an initiative of Amsterdam Airport Schiphol, ties in with current developments such as the Sustainable Development Goals of the United Nations, COP21 and the ICAO convention on reducing aviation emissions.