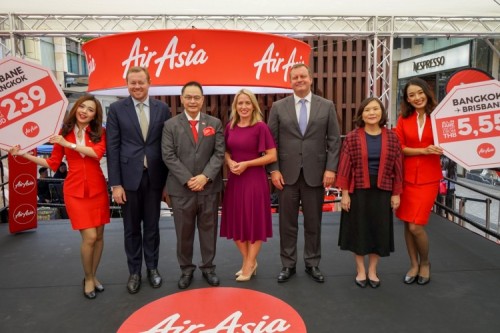 Thursday 7 February 2019: AirAsia, the world’s best low-cost airline announced it would operate its first-ever Australian services from Bangkok to Brisbane (Australia), from 25 June 2019.

Operated by AirAsia’s Thai affiliate, Thai AirAsia X, the new services will bring around 25,000 visitors per year to Brisbane, while at the same time providing the opportunity for Queenslanders to explore Thailand’s capital and its many exotic island destinations such as Phuket, Koh Samui and Krabi.

“Thailand is an aspirational destination for Australians and one of Brisbane Airport’s largest underserved markets, so AirAsia’s quality low fare flight options direct into the heart of Bangkok is sure to be very popular with travellers.

“We are excited to welcome AirAsia to the Brisbane Airport family and look forward to supporting and contributing to the success of these services.”

AirAsia X Group CEO Nadda Buranasiri said, “Queensland became AirAsia’s home in Australia when the first AirAsia X flight touched down on the Gold Coast in October 2007. Since that time, we’ve carried more than 2 million passengers to and from the sunshine state.

“This new route to Brisbane will not only increase traffic between Thailand and Queensland, but importantly provide guests with a low-cost option to explore Bangkok and the more than 130 destinations found in AirAsia’s network.

“We look forward to working with Brisbane Airport, the Queensland Government and the local tourism industry to make these new services a success.

“This new route will help to open up Asia and improve connectivity for visitors from key Eastern markets,” Ms Jones said.

“This is a great opportunity to attract visitors from other destinations across Asia, with potential to improve access to Queensland for Indian and Chinese tourists connecting via AirAsia’s extensive international network and hub in Bangkok.

“It will also help to boost visitation from Thailand, one of Queensland’s emerging markets with great potential for growth.

“Over the past year Queensland welcomed 19,000 travellers from Thailand who spent $44 million. We expect to welcome more Thai visitors travelling on this route allowing us to grow this base.

“Continuing to increase aviation access and provide travellers with another entry point to Australia is a key strategy in the Palaszczuk Government’s plan to grow Queensland’s tourism industry.“Since Labor won government in 2015, we’ve secured about 2.4 million extra airline seats worth around $1.8 billion for Queensland. That’s because we’re committed to creating more tourism jobs in our state.”

Lord Mayor Graham Quirk said attracting AirAsia to Brisbane was a major coup for the city.

“The new services will give us the opportunity to attract more visitors from Asian markets and help our city develop closer business ties with the region,” Cr Quirk said.

“Our New World City has a clear focus on engaging with the Asia-Pacific region and the new AirAsia services will reinforce that.”

To celebrate the milestone, AirAsia has launched special sale fares from Brisbane to Bangkok starting at just AUD$239*.

The inaugural AirAsia flight XJ310 from Bangkok. Thailand will touchdown in Brisbane on Wednesday 26 June, 2019 at 11:35am. 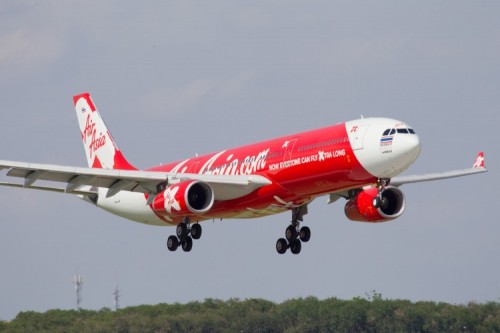 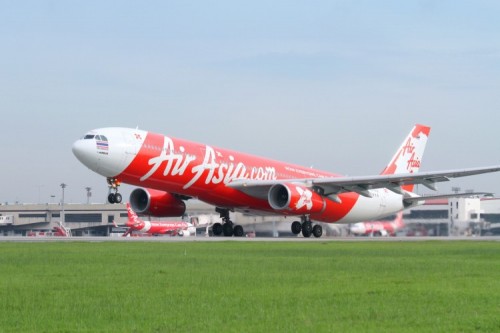