International visitation continues to soar for BNE in FY19

International visitation continues to soar for BNE in FY19 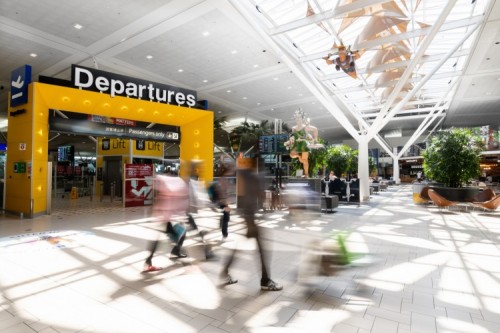 Friday 02 August 2019: Passenger numbers at Brisbane Airport (BNE) increased by 1.5 per cent year-on-year to a record of nearly 23.8 million travellers for the financial year.

“A lot of work has been done in the last 12 months promoting Brisbane as the gateway to Queensland and Australia, and the hard work has paid off with 13 of Brisbane Airport’s top 15 international markets experiencing growth in FY19.

“We operate in a very competitive market, so it is crucial that we continue to harness the collective strength and commitment of our government, tourism and industry partners in promoting the revered offerings of Brisbane and Queensland to the rest of the world.

“The partnership between BAC and Brisbane Marketing was a significant turning point in the ability of Brisbane to market itself internationally and, with Brisbane undergoing an unprecedented period of growth, the time is right to further enhance its position as a gateway to Australia.

“This partnership enhances the important support provided by the Queensland Government through its aviation attraction programs and in-market support that not only assist the Brisbane gateway, but helps to maximise the international visitor spend within Queensland.

“Every international visitor that travels via Brisbane Airport provides our state’s economy with a greater benefit than any other transit option.

“While Brisbane’s domestic growth is modest, growth is growth and it is pleasing to see it despite less capacity and a market that is slow across the country,” Mr de Graaff said.

“With around 12 months until Brisbane’s new runway becomes operational and with untapped markets set to come online during that time, the potential for growth at BNE is exponential.

“The introduction of direct flights into Chicago, the mid-west USA, and San Francisco the cultural, commercial, and financial centre of Northern California, is a game-changer for Brisbane, opening the city and state up to a large underserved US market.

“There is no doubt construction of Brisbane’s new runway has helped draw these services to Brisbane and they are the first of many new airlines, routes and destinations that will grow from this investment, boosting inbound visitation to not only Brisbane, but to Queensland’s regions as well. However, the value of our existing airline partners cannot be understated. We place the same time, energy and support in helping our existing airline partners grow their business in Brisbane as we do to new business.

“It’s a very exciting time for our city and state as we capitalise on the tourism, trade, business and education opportunities headed our way,” Mr de Graaff said.

The USA visitor market made a strong return following a soft FY18 (-7.5 per cent), growing 2.2 per cent from FY17 volumes despite overall capacity reduction.

The New Zealand visitor market surpassed 920,000 passengers per annum for the first time with Air New Zealand launching services to Wellington and Queenstown in December 2018.

The busiest day at the International Terminal was on 22 December 2018 with a record 22,689 arrivals and departures.

The greatest monthly passenger growth was experienced in August 2018, with 40,239 additional international travellers.

BNE continued to be served by eight domestic airlines throughout FY19 but saw an increase in the number of domestic destinations on offer, from 48 to 51, with Fly Corporate reinstating services to Wollongong and Dubbo and Jetstar commencing services to Uluru.

A record-breaking number of passengers flew on interstate routes in FY19, with growth driven primarily by increased capacity across services to Melbourne, Uluru, Canberra and Tasmania.

Melbourne was the best performing route despite capacity remaining relatively unchanged, with an additional 83,000 passengers helping the city pair to grow at +1.0 per cent faster than the Sydney route over the past six years.

The busiest day at the Domestic Terminal was during Queensland school holidays on 28 September 2018, with 61,991 arrivals and departures.

The month with the greatest passenger growth was April, with an additional 65,034 passengers compared to April 2018.

About Brisbane Airport Corporation: BAC is the operator of Brisbane Airport (BNE), the premier gateway to Queensland and the third largest airport in Australia by passenger numbers. It is a proud, public, un-listed Queensland company, helping employ thousands of Queenslanders and creating economic opportunities or the state and city of Brisbane. Operating 24 hours a day, seven days a week, BNE has two major terminals servicing 34 airlines flying direct to 85 national and international destinations. Nearly 23.8 million passengers travelled through the airport in FY19. BNE is the only airport in Australia to consistently achieve a ‘good rating’ for ‘overall average quality of service’ for 15 years in a row, as well being the highest rated airport for ‘passenger ratings of quality of service’ for nine consecutive years in the annual Airport Monitoring Report conducted by the Australian Competition & Consumer Commission (ACCC).