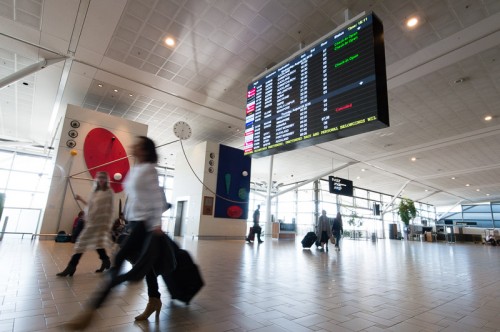 International passengers through Brisbane Airport (BNE) grew by 5.2 per cent to more than 5.9 million in FY18, in line with a 5.8 per cent increase in seats to global destinations during the same period, reinforcing the positive impact new airlines and non-stop services have on visitation numbers to the city and state.

Domestically, BNE achieved its biggest growth in five years, with an additional 263,000 passengers, taking volumes to more than 17.5 million in FY18, a 1.5 per cent increase on FY17.

Good growth was recorded on some intra state routes with outperformers, Proserpine, Mackay and Townsville, seeing passenger growth absorb the additional seats added to the market in FY18.

Overall passenger numbers, including domestic and international traffic, increased by 2.4 per cent year-on-year, to more than 23.4 million travellers for the financial year.

“There’s no doubt Brisbane, South East Queensland and Queensland as a whole, offers many compelling and unparalleled reasons for new airlines to consider bringing their aircraft into this market.

“This is why BAC aggressively competes to attract new airlines, bigger and more efficient aircraft, and additional flights from our city to unserved direct destinations.

“The figures show the considerable efforts we undertake in aviation attraction, along with the contributions our partners in local and state government make through various incentive schemes, trade missions and campaigns, boosts visitors to Queensland, with Brisbane the gateway to the city, as well as the broader region, from northern NSW to Tropical North Queensland.

“As the opening of Brisbane’s new runway draws near, we remain committed to championing Brisbane and Queensland to the world, while continuing the roll-out of our extensive multi-billion dollar infrastructure program, growing and updating our facilities and services with a keen focus on providing an exceptional customer experience,” Mr de Graaff said.

Looking forward, BAC expects the capacity growth achieved in FY18 to flow into FY19, with the following new services further strengthening international passenger growth in the next 12 months:

Following a record growth year in FY17 (+31 per cent), the Taiwan visitor market continued to achieve double digit growth this financial year, overtaking the Japanese visitor market to be the sixth largest visitor market at BNE. The flow on effect of additional direct capacity was a major driver of growth, as was further frequency growth by China Airlines in December 2017.

Annual India visitor volumes surpassed the 100,000 mark for the first time, with continued double digit growth is expected with the return of Malaysia Airlines to BNE.

With Singapore Airlines increasing weekly flights from 24 to 28 in August 2017, along with the positioning of three A350s on the route, travellers to/from India are able to take advantage of convenient connections via Changi.

At the start of FY18 BNE was directly connected with 29 international destinations, and 31 by the end of the financial year, and welcomed an additional three carriers to the BNE family, boosting the number of international airlines operating to/from Brisbane to 27.

The busiest day at the International Terminal was on 6 January 2018 with a record 22,039 arrivals and departures.

The greatest monthly passenger growth was experienced in March 2018, with 37,040 additional international travellers in the lead up to the Commonwealth Games.

Intrastate traffic grew for the first time in three years with increased seat capacity to/from Brisbane helping to boost passenger numbers to Proserpine (+19.4 per cent), Mackay (+6.3 per cent) and Townsville (1.7 per cent) in particular.

Hobart, Launceston, Sydney, Darwin, Melbourne and Perth city pairs achieved average load factors of over 80 per cent with the services to Tasmania proving the most popular.

Sydney, Melbourne, Canberra, Adelaide, Hobart and Perth were amongst the top 10 domestic growth markets in terms of passenger volume growth, despite capacity reductions on the Perth route.

The busiest day at the Domestic Terminal was during Queensland and NSW school holidays on 26 September 2017, with 62,530 arrivals and departures.