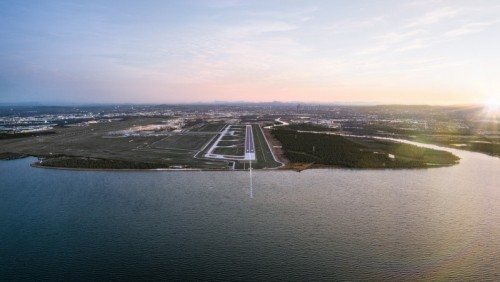 BAC also announced that it will publish monthly reports on over-the-bay operations on its social media channels for easy access by the community.

The ‘runway operations’ updates will complement the existing dashboards available on Brisbane Airport’s website, which include a 52-hour forecast of operations, and on-time performance review.

The updates will be published monthly on the BNE Facebook and Twitter accounts, providing the percentage breakdown of operations over the bay and over the city/suburbs from each of the airport’s runways.

“Whilst the social and economic benefits of Brisbane Airport’s operations are enjoyed right across Brisbane and Queensland, we acknowledge the burdens of aircraft noise are carried locally,” she said.

“The new parallel runway system at Brisbane Airport was designed to allow for greater distribution of aircraft movements and increased use of over-the-bay operations compared to the old system, and in line with our commitment to the community, currently 70 per cent of operations between the hours of 10pm and 6am are over the bay.

“Prior to the new runway opening in 2019, 58 per cent of operations between the hours of 10pm and 6am operated over the bay.

“We hope this additional monthly runway operations snapshot will give people a better understanding of how the airport operates.” 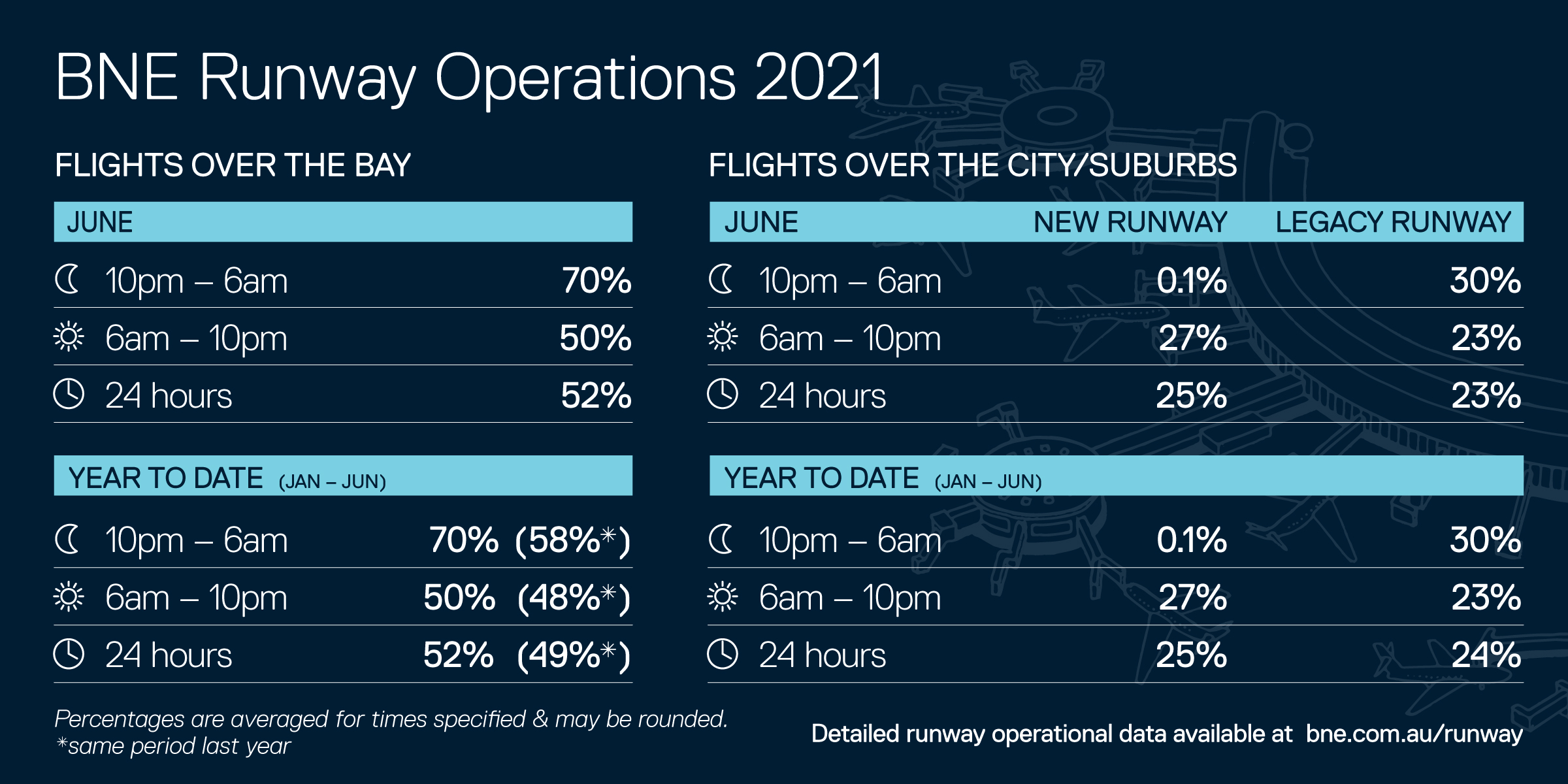