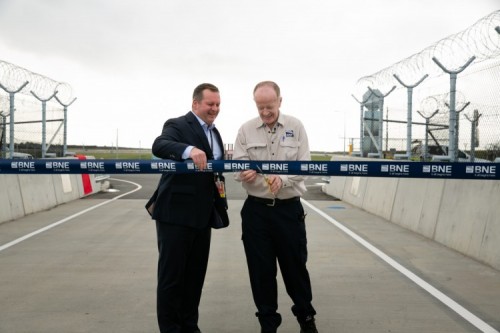 Friday 19 June 2020: Many significant events happened in 1969; Woodstock, the moon landing, the Concord took to the air for the first time, the Beatles recorded their last album ‘Abbey Road’, and a young John Hansford commenced his career at Brisbane Airport.

Fifty-one years later, while four of these five happenings are now but distant memories, John Hansford continues to make his mark on the world with the naming of an airfield bridge honouring his long service at Brisbane Airport.

Commencing work in 1969 as a tradesman sheet metal worker, John has had various roles at Brisbane Airport throughout his 51-year career including linesman, foreman and a member of ground staff, before finding his true calling as an Airside Operations Officer in 1995 until his recent retirement.

Gert-Jan de Graaff, Brisbane Airport Corporation CEO, said the naming of the bridge in John’s honour is a fitting tribute to a man who has left an indelible mark on the Brisbane Airport precinct and its people.

“It’s not often you meet someone who has loved every minute of their career, spending more than half their lifetime with a single company and who is held in high esteem by all. Fifty-one years of dedicated service keeping Brisbane Airport safe and operational is an incredible achievement.

“John is a true gentleman and a font of knowledge about the golden age of travel regaling us with stories that have kept us captivated for years, along with his many ‘Dad jokes’.

“It’s hard to imagine Brisbane Airport without John’s affable and friendly presence every day, so naming this bridge after him is a symbolic way of keeping him here with us while he enjoys his well-deserved retirement,” Mr de Graaff said.

John Hansford said the bridge naming was an unexpected honour that he would like to dedicate to countless people he has worked with throughout his career.

“It is a huge honour to have a bridge named after you, although I must admit I didn’t fully comprehend it. I would like to acknowledge my past and present colleagues over the years who have provided guidance in the safe operation of an airport.

“Being fortunate to have had several work roles over my time at airports all over Queensland, I am proud of what has been achieved and it has been an honour to be part of a team and see how Brisbane Airport has progressed over the years," Mr Hansford said. 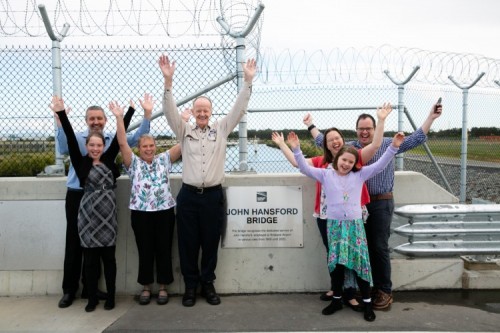 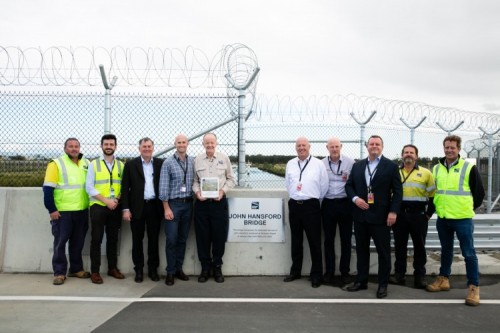 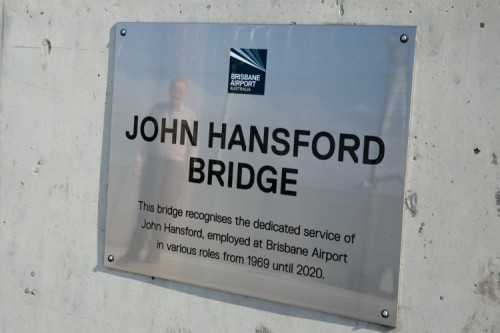 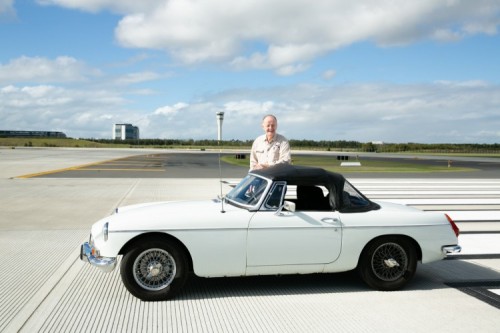